Thanks to our school caretaker, Martin, each child in Eira’s class had a chance to plant a daffodil bulb in the garden outside the school on Monday. We all look forward to watching these grow into beautiful daffodils in Spring.

Second class began exploring what conditions speed up mould growth on bread on Tuesday. The children worked in their groups to decide how they would experiment with their bread or where they would place it. The children had great fun putting their slices of bread in the bin, in the freezer, pouring milk on them and more. They expect to see mould growth by next week!

The children explored floating and sinking on Wednesday using oranges. Following some experimentation, second class discovered that once you peel an orange it sinks in water.

On Thursday, Visual Arts and Science were combined to create a beautiful piece of artwork. The children in second class explored marbling using shaving foam and food colouring to design planets for a space themed creation.

Second class have had a great time exploring Science Week at Broombridge ETNS. 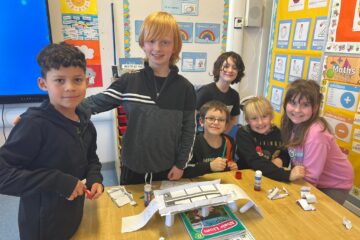 Eira’s class had a very busy week in school! To celebrate Science Week, each class got the chance to have a new teacher every day who taught them something new. Eira’s class had so much Read more… 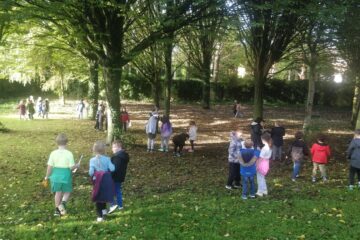 Deirdre’s first class are having a great start to the new year! Last week we enjoyed many fun activities for maths week. There was great excitement when we got to learn about coding, we even Read more… 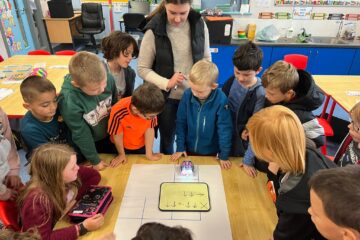 This week we celebrated Maths week at Broombridge ETNS. We had a super week filled with fun and creative Maths activities. Our Junior and Senior Infant classes completed Maths trails and colour hunts around the Read more…